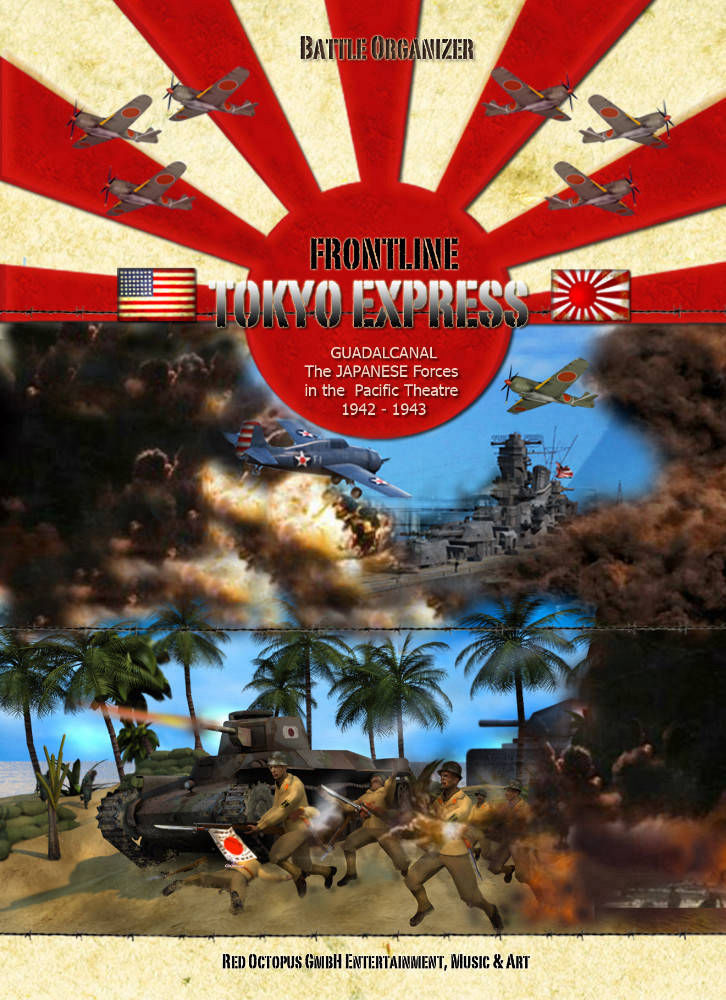 Frontline – “Tokyo Express” – Guadalcanal Jap. Forces – Pacific Theatre 1942 – 1943 (Book#) FR002 – 84 pages, softcover book, printed in good quality and in full colour. Contains 5 Japanese lists, special rules, a story part about the setting of the historical Battle of Guadalcanal in 1942 to 1943 between the US and the Japanese forces. (Book and PDF)

The battle for Guadalcanal, codenamed “Operation Watchtower” (August 7, 1942 – February 9, 1943) was the first battle in the American amphibious campaign against Japanese Forces in the Pacific. It was fought on and around the Island of Guadalcanal in the Pacific theatre of WWII.

Contains 5 Japanese lists, special rules, a story part about the setting of the historical Battle of Guadalcanal in 1942 to 1943 between the US and the Japanese forces.

Plus: Missions for Guadalcanal
– Airfield Mission

At Guadalcanal started the long way to the final Japanese surrender and the end of World War II. The price paid was very high on both sides.

“Guadalcanal is no longer merely a name of an island in Japanese military history. It is the name of the graveyard of the Japanese Army” – Major General Kiyotake Kawaguchi, Japan, IJA Commander 35th Infantry Brigade on Guadalcanal 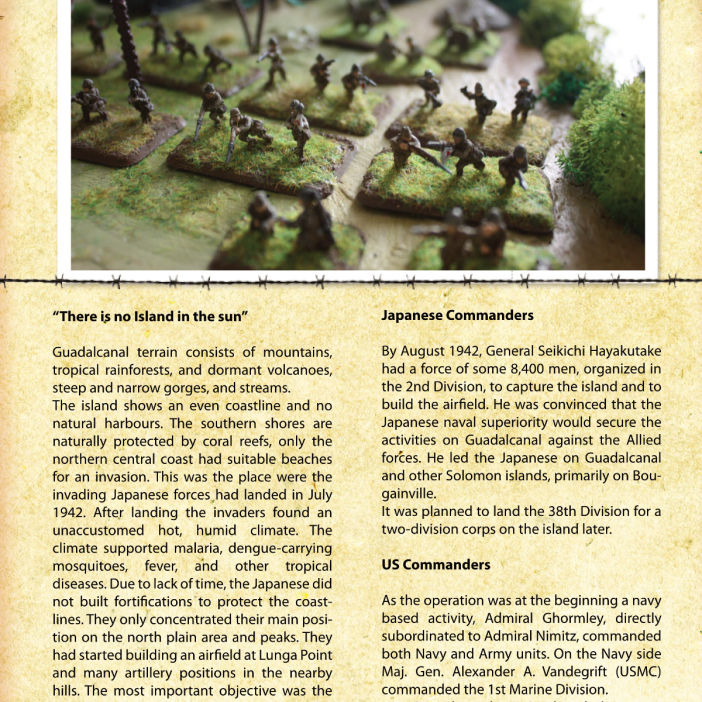 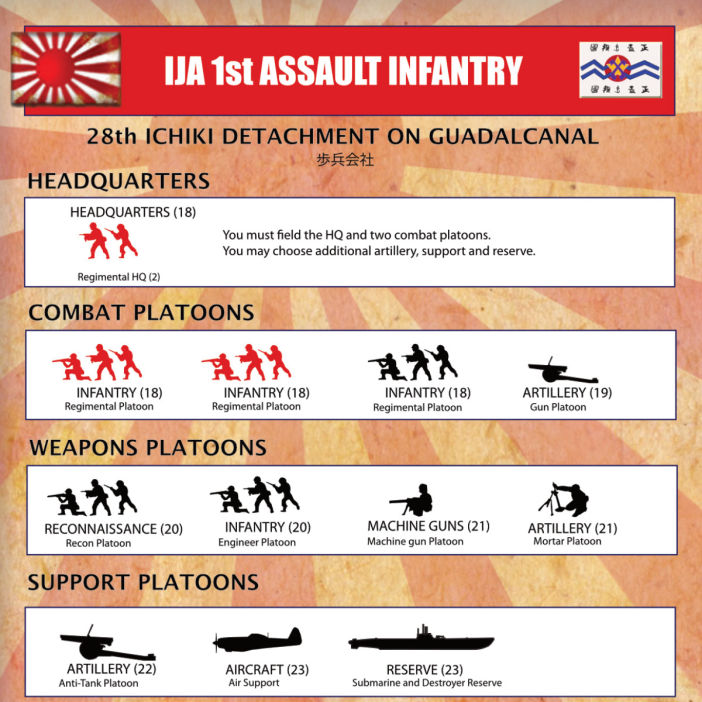 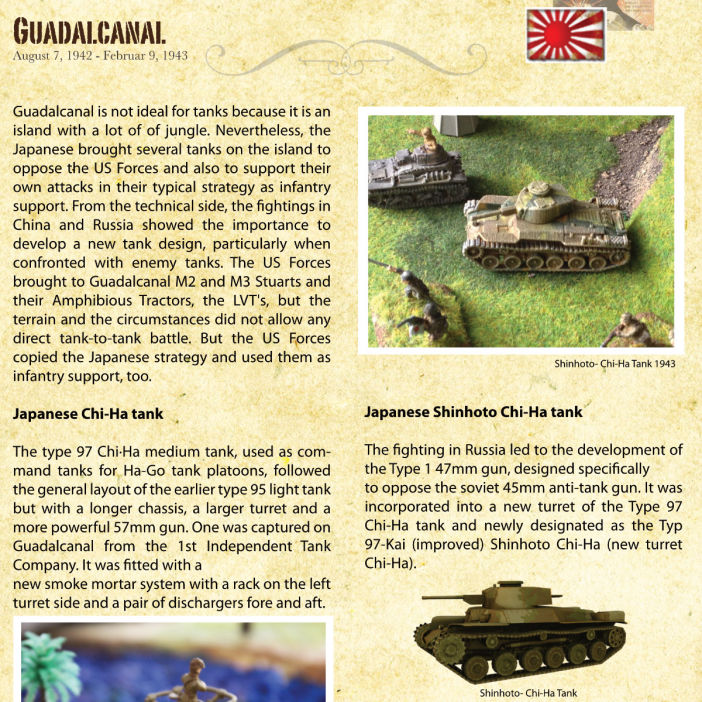 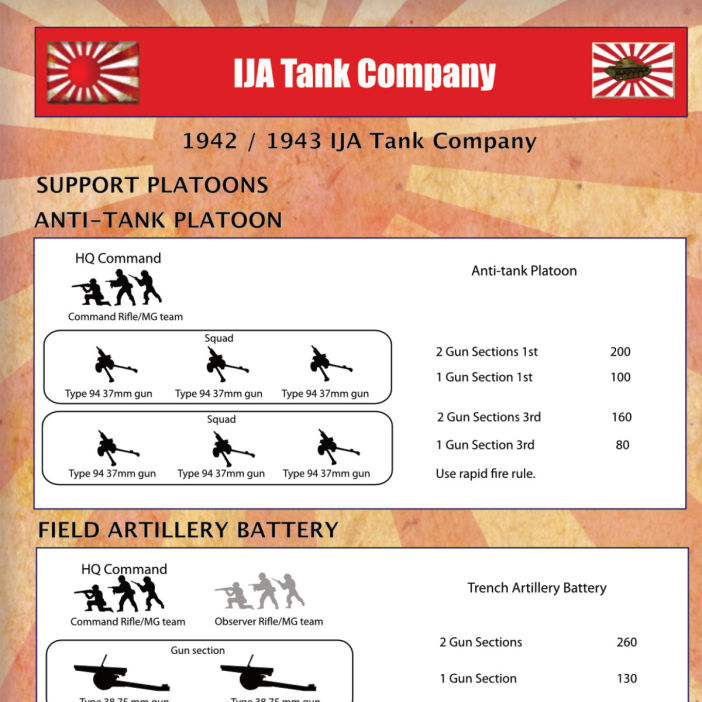 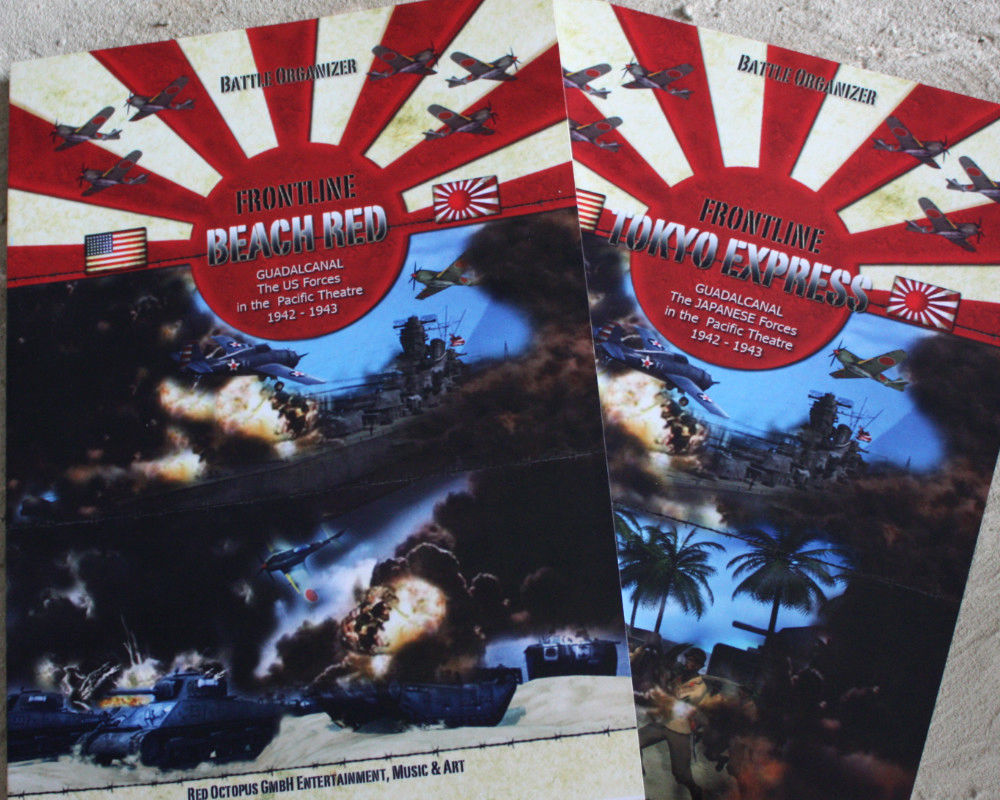