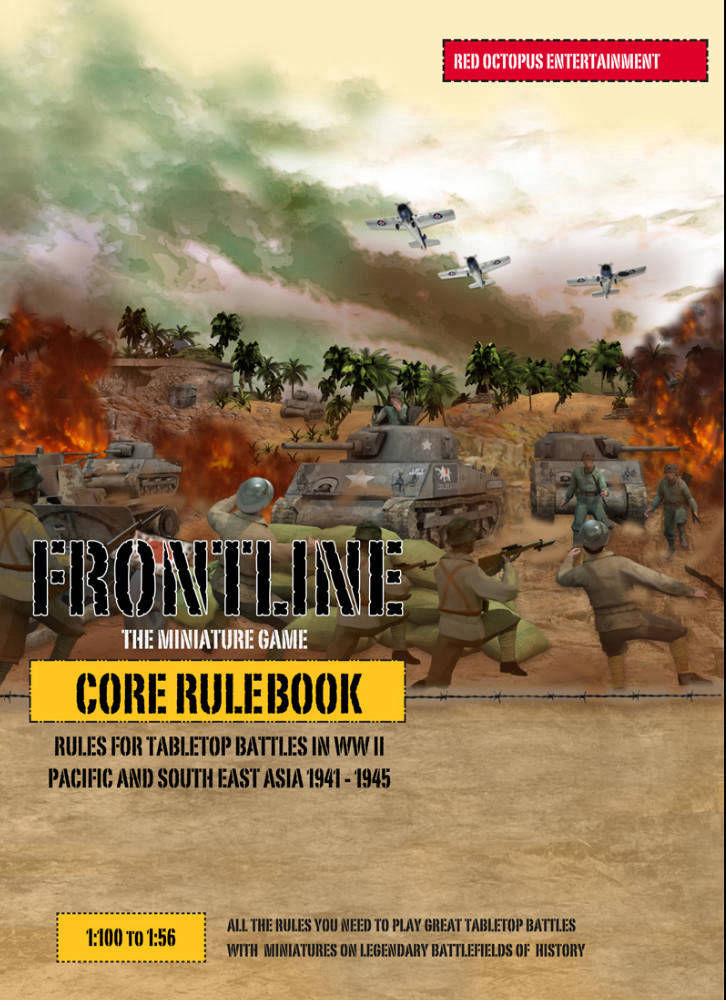 Rules for tabletop gamer to reenact historical battles in WWII in the Pacific & South East Asia. For historical battles with an interesting and exiting rule system. Rules for air combat, infantry, tanks, etc. plus US and Japanese lists for Wake Island Scenario.

This Core Rulebook is created for war games in the Pacific and South East Asia in WW2 to replay historical battles. We now offer together with our battle organizer books a complete game system for a great gaming experience. The battles were fought hard on a large area in the Pacific and its islands between the Japanese mainland and Midway. In December 1941, the Japanese started their attack against the Allies by bombing the US fleet at Pearl Harbor on December 7, 1941. But they not only attacked Pearl Harbor on December 7, they started the same day attacks e.g. on Wake Island, British Malaya as well. The war in the Pacific raged on until the formal surrender of Japan on September 2, 1945.

What you get in the Frontline Miniature Core Rulebook:

Why a Gamesystem for Battles in the Pacific and South East Asia?

There are many other miniature games on the market, but mostly the Pacific is only a side notice. The battles in the Pacific and South East Asia played an important role in the war and for a tabletop gamer it has a lot of potential for modeling, collecting and gaming as well. That‘s why we decided to lay the focus on it, and of course because we are very interested in that period of time and it‘s worth to learn more about it.

What do you need to play?

– The Core Rulebook
– You need space and some scenery to set up a typical Pacific Battle field, with beaches, palms or even jungle areas! You can be creative and design your own scenery.
To give you some ideas – Inspirational video: How to build a Pacific Landing Beach Table: https://www.dailymotion.com/video/x4981xd
– Tabletop Armies – You can choose between many manufactures and these sizes: 1:100, 1:72, 1:56
– Special tanks and modells: We designed a small range of special miniatures to order by Shapeways. You can find this selection in our Frontline Miniature Shop. We will add new models from time to time. Link to Shapeways
– Dice: D6, D4, D10 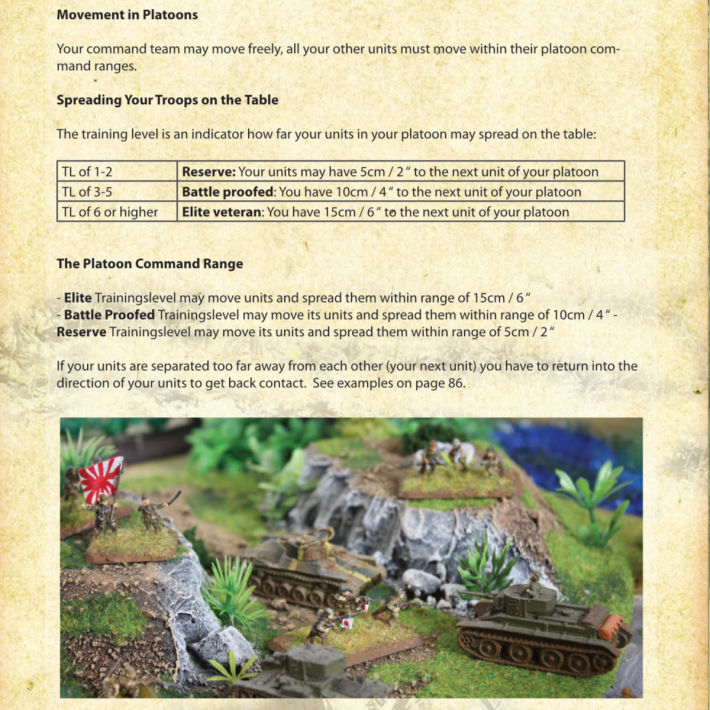 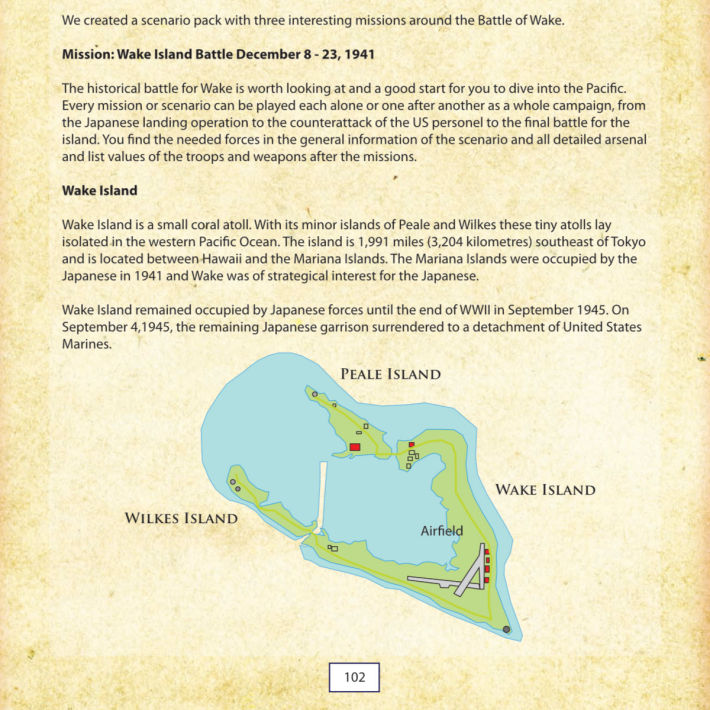 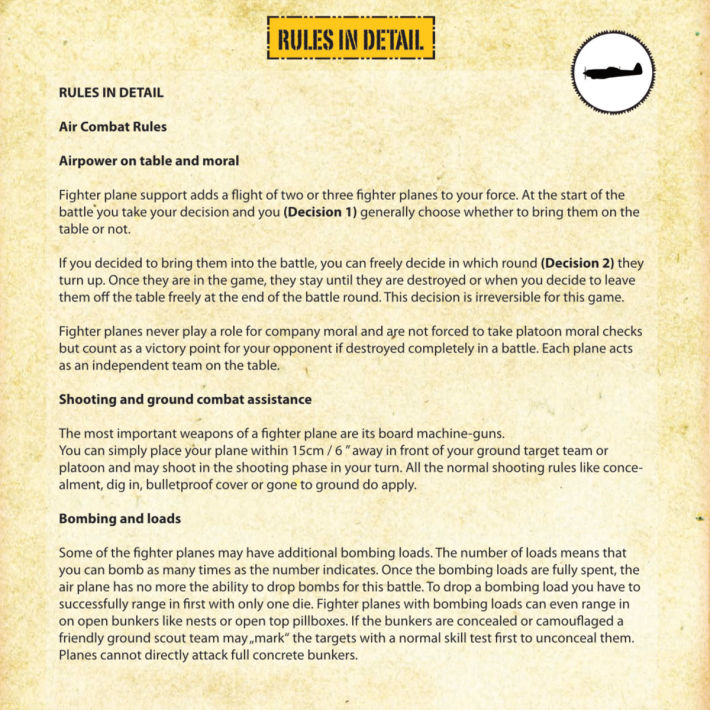 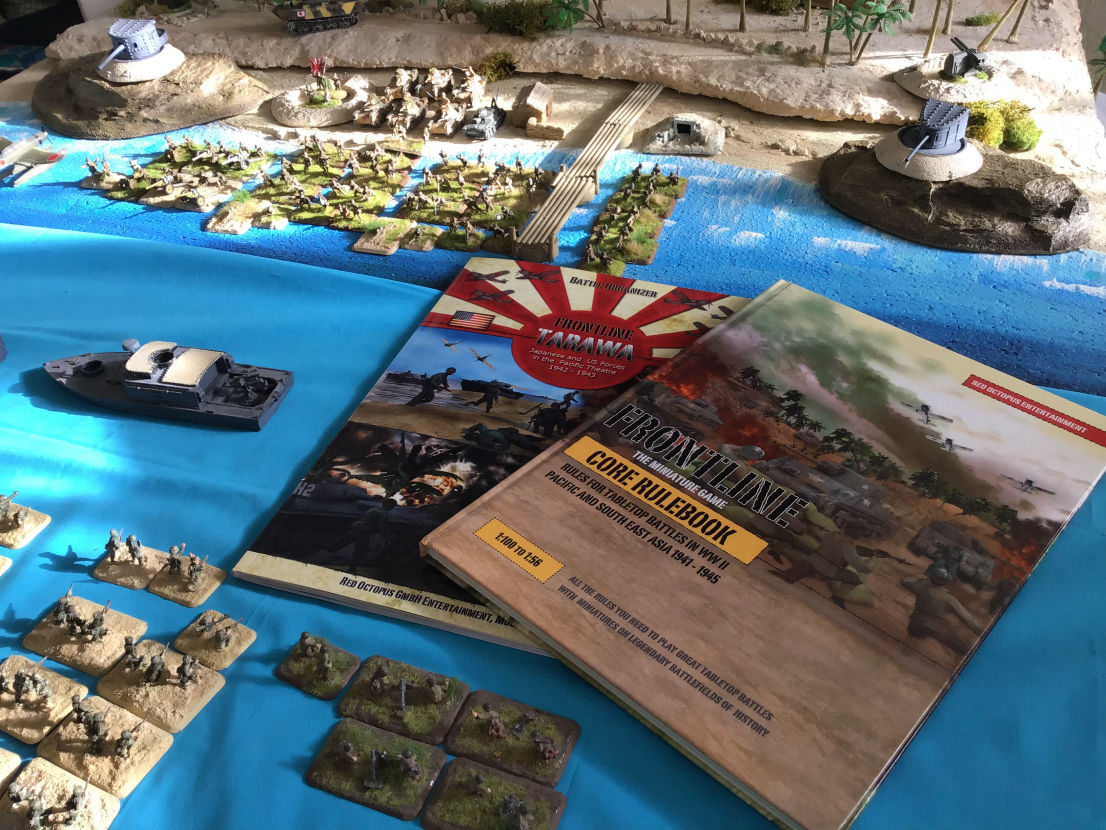