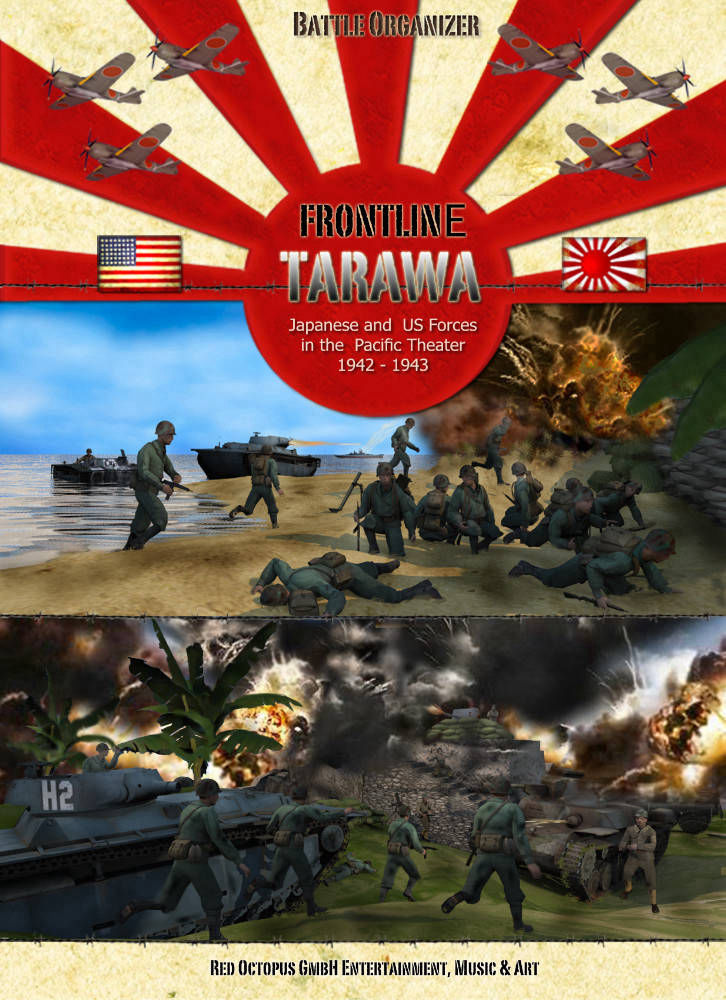 Tarawa
Japanese and US Forces – The Battle of Tarawa
FR003

Frontline – “Tarawa” – Pacific Theatre 1942 – 1943 (Book#) FR003 – 62 pages, softcover book, printed in good quality and in full colour. Contains 2 US lists and 2 Japanese lists, special rules for the armies, a story part about the setting of the historical Battle of Tarawa in November 1943 between the US and the Japanese forces. (Book and PDF)

The Battle of Tarawa was part of the Gilbert Island Campaign (US called Operation Galvanic), fought from November 20 to November 23, 1943.

Contains 2 US and 2 Japanese lists, special rules, a story part about the setting of the historical Battle of Tarawa from November 20 – 23, 1943 between the US and the Japanese forces.

US Lists:
– US 2nd Marines
– US Naval Construction List

Plus: Building a Pacific Table (Ideas and Instructions)

Admiral Nimitz commented the action on Tarawa with the following words: “The capture of Tarawa knocked down the front door to the Japanese defenses in the Central Pacific.” 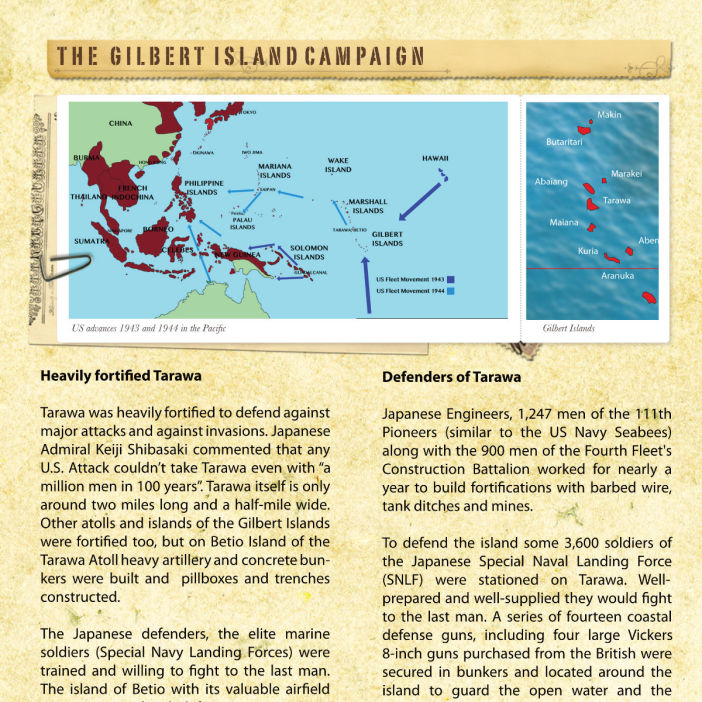 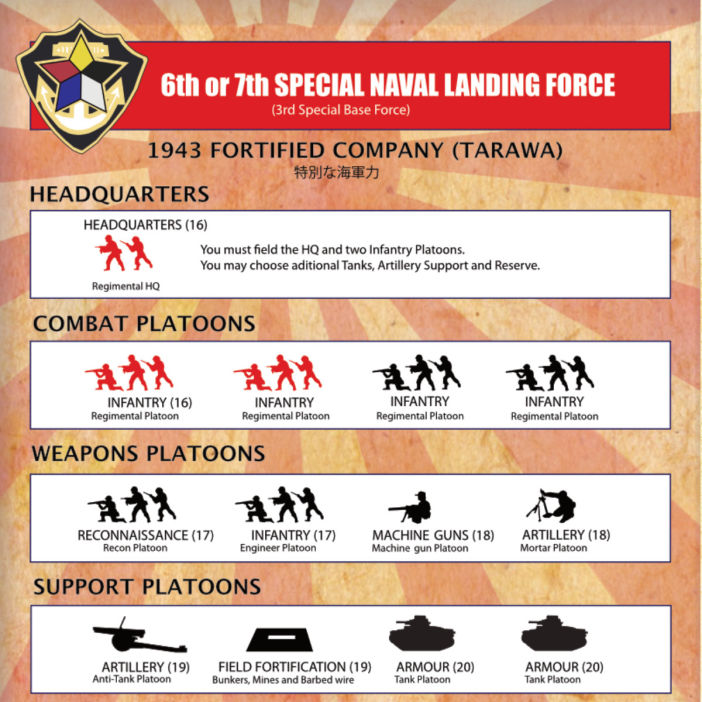 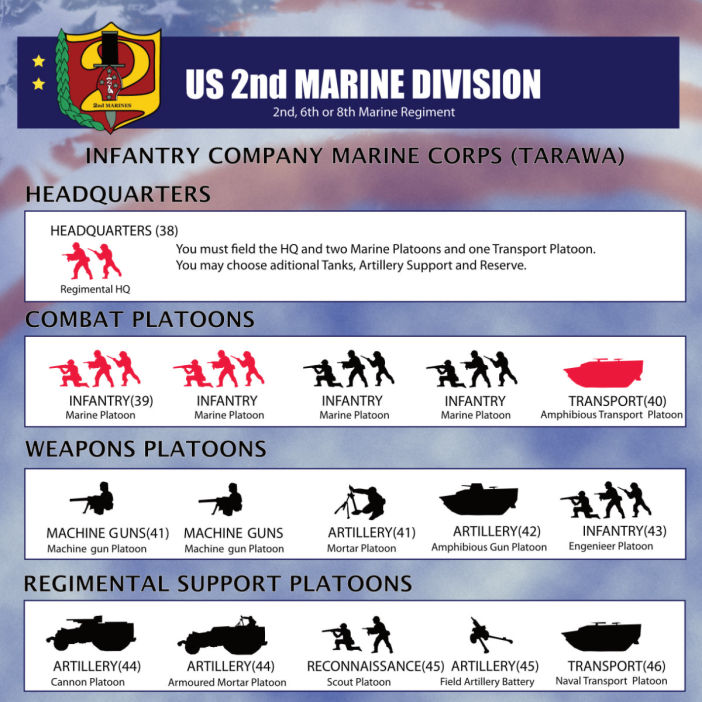 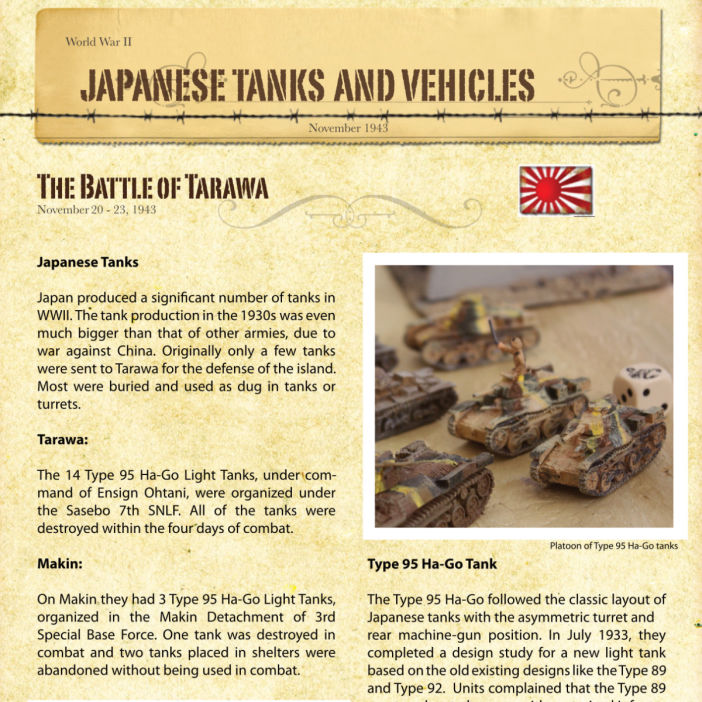 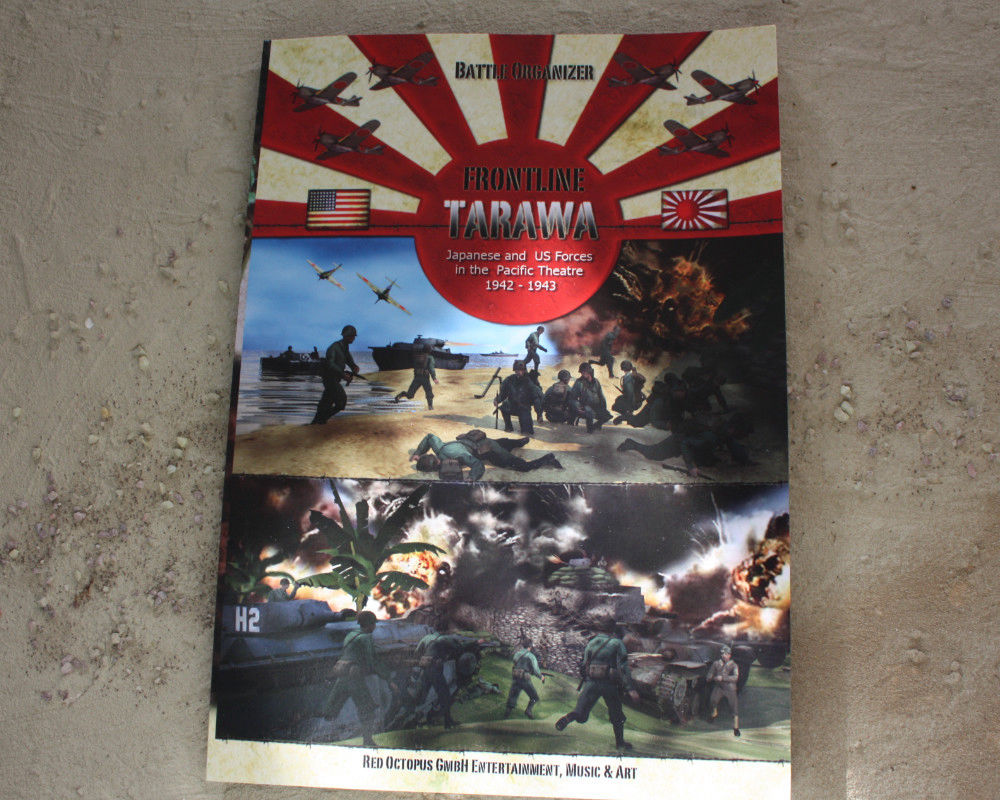